Canadian Solar have been around since 2001. As the name suggests, they were formed in Canada, with their headquarters being in Ontario. Unlike companies like LG who make everything including the kitchen sink, the sole focus of Canadian Solar is the solar industry.

They are one of the biggest solar-only companies, with revenues over US$3.5bn (~AU$5bn, 2015) and over 13,000 employees worldwide. In fact, in 2015 Canadian Solar were the second-largest producer of solar panels worldwide and to-date they have shipped more than almost anyone else in the market – about 36GW, literally hundreds of millions of panels. They also make inverters, but they’re not common in Australia, especially compared to market-leaders Fronius and Sungrow.

One reason for these huge numbers is their popularity with large installations – solar farmers love them! There are Canadian Solar-powered solar farms on every continent, from hundreds of kWs to tens of MWs. For comparison, the average house system is 6kW, or 0.006MW!

For example, the recently-completed Oakey Solar Farm in Oakey (who’d have guessed that?), near Toowoomba in Queensland, uses about 250,000 Canadian Solar panels.

Canadian Solar have a wide range of solar panels, from basic 260W 60-cell solar panels to 415W 144-cell (72-cell half-cut) solar panels. They even have “speciality” solar panels such as bifacial ones (theoretically achieving >500W) and All-Black ones (for aesthetics).

At GI Energy we focus on their mid-range KuPower and Superpower range, the former a 300W
polycrystalline panel (>18% efficiency) and the latter a 305~315W monocrystalline PERC panel (>19% efficiency).

Their panels are tested at Desert Knowledge in Alice Springs – on the DKASC website you can see for yourself how they compare to other panels, and how they perform and degrade in the harsh Northern Territory climate.

These solar panels are covered by a 12 year product and 25 year performance warranty. This is pretty much the industry standard, especially for an entry-mid price panel – the only outlier would be Hyundai, with their 25/30 warranty for only marginally more money.

Canadian Solar have an office in Melbourne (not Sydney, like most solar companies) and can be contacted by phone, so any warranty issues can be easily rectified. That said, Canadian Solar are known in the industry for a low number of warranty claims – a key reason large solar farms no doubt love them.

Bloomberg’s New Energy Finance (BNEF) rank Canadian Solar as a Tier 1 company (as an aside, all the solar panel manufacturers sold by GI Energy are Tier 1). This means they have high bankability – in other words, based on their finances, capacity and popularity, it’s a safe company, with low chance of going bankrupt and leaving you unable to claim the aforementioned warranty.

Canadian Solar is a member of the Silicon Module Super League (SMSL), a group of solar panel manufacturers that PV-Tech magazine feel are top performers. Other members of the SMSL include Q-CELLS, JA Solar, Jinko Solar, Trina Solar, GCL-SI (since 2016), and LONGi (2016), Risen (2019), and First Solar (2019).

So, there we have it. A reliable, bankable, popular Canadian company with Chinese manufacturing plants, creating a huge range of basic to latest-technology panels.

At GI Energy, they’re our solid entry to mid level solar panel – great if you’re on a budget, but don’t want to skimp on quality. 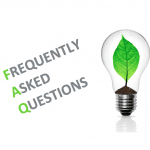 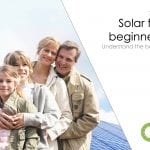 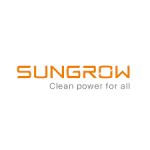 Since we opened our doors in South East Queensland in April 2011, we have been working closely with suppliers and installers across Australia.

Please fill out your details below