Tesla – The Battery Everyone’s Talking About

I’m sure you’ve heard of Tesla, if not for their solar batteries for their electric cars. Tesla are incredible marketers, and I’m sure you’ve seen their sleek videos and inspirational talks by Elon Musk.

Tesla was started in 2003, and within a year Elon came on board, a man on a mission to single-handedly improve the world. Tesla started with EVs, and that is still their primary focus. However, as EVs require batteries, they have expanded into producing batteries too. They’re manufactured in the USA.

They no doubt took inspiration from sonnen, the German battery giant, when making the Powerwall 2. The list of similarities is long – they’re similar shape, size, and colour, both AC-coupled, marketed in similar ways, with an emphasis on technology and aesthetics. While they’re both lithium-ion, Tesla uses an NMC chemistry, whereas sonnen uses an LFP – the NMC is denser, allowing the Tesla to be a bit smaller than the sonnen, but it’s also seen as less safe.

When you’re buying a Powerwall 2, what you’re actually buying is hundreds of tiny ‘2170’ cells. These are like AA batteries, and each store 20Wh. The name actually comes from the size – 21mm wide, 70mm tall. This is the same as in their cars – they use thousands of these small cells. However, this is different from most batteries, which use a larger “slab” system – like the battery in your phone or computer.

The Powerwall 2 has a peak discharge rate of 7kW, with a continuous rate of 5kW. This means it’s capable of running your whole house – although you need to be careful, because at 5kW your battery will go from 100% to 0% in under 3 hours. Many batteries are 3~4kW of continuous output, so if you do have high, vital power demands, the Tesla may be a good option.

One downside of the Tesla is its lack of flexibility; while the sonnen comes in 2kWh blocks, so is scalable to your needs, the Tesla comes in blocks of 13.5kWh. This of course relates to cost – if you only needed 8kWh of storage, the Tesla would still cost you ~$12,000, whereas a sonnen could be as low as ~$7000. With the sonnen you could also upgrade later, as you need it. However, if you did want a 14kWh system, the sonnen would come out fractionally more expensive.

If you want to go bigger, you can stack multiple Powerwall 2s, to get 27kWh, 40.5kWh, etc. And, if you want much bigger, you can get the Powerpack, the commercial offering, a container with 200kWh of energy storage.

Like most batteries in the market, the Tesla offers a 10-year warranty. After 10 years, it is guaranteed to have 70% of its capacity (i.e. 9.2kWh). The warranty also covers 37MWh of throughput, which is about 3000 cycles. This is enough for a daily cycle for about 8 years, which sounds decent until you realise the sonnen warranty covers 10,000 cycles – up to 3 a day for 10 years. The sonnen will also still be at 80% after 10 years, not 70%.

Being an AC-coupled battery, a separate solar inverter is needed (e.g. Fronius) if you want to combine the battery with a solar system – so you’d need panels, the Tesla, and an inverter. This is similar to DC-coupled systems, where you have panels, a hybrid inverter, and a battery. One alternative is the sonnen, which offers a hybrid AC-coupled battery, combining the AC-coupled battery with a solar inverter – this way you only need panels and the sonnen, which unsurprisingly can work out cheaper. Of course, if you already have a solar system and want to add a battery, then an AC-coupled Tesla or sonnen may be just what you need.

Tesla keep a pretty strict control over their supply of batteries. Unlike most products, where any skilled electrician can buy and safely install something, Tesla personally approve individual retailers to buy and install their batteries. While this does mean the person who installs your system has been vetted, it does reduce your options and increase your prices through artificial barriers and reduced competition. It also allows Tesla to control their pricing and margins more closely as less distributors means less competition and therefore higher prices and margins can be maintained.

Even with closely guarded margins, to date, Tesla have never had a profitable year and ended 2019 with a loss of $862 million, according to the New York Times. This strategy has clearly provided phenomenal growth, but concerns of whether the company will be profitable anytime soon are growing as each year passes.

There’s no denying Tesla are an incredible company, and the Powerwall 2 is a solid battery. However, it is quite a niche solution, with its high cost and relative inflexibility. If you want an AC-coupled system, it’s worth comparing Tesla and sonnen to see which is best for you; alternatively, if you just want a battery, DC-coupled batteries like LG or BYD are still the best (and cheaper) option for most people. 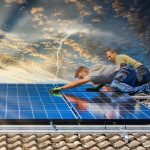 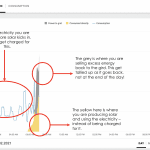 How does the solar feed in tariff work? 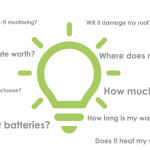 How does the solar rebate work? How much will solar save me? Other most commonly asked solar questions.