Are Enphase microinverters any good? 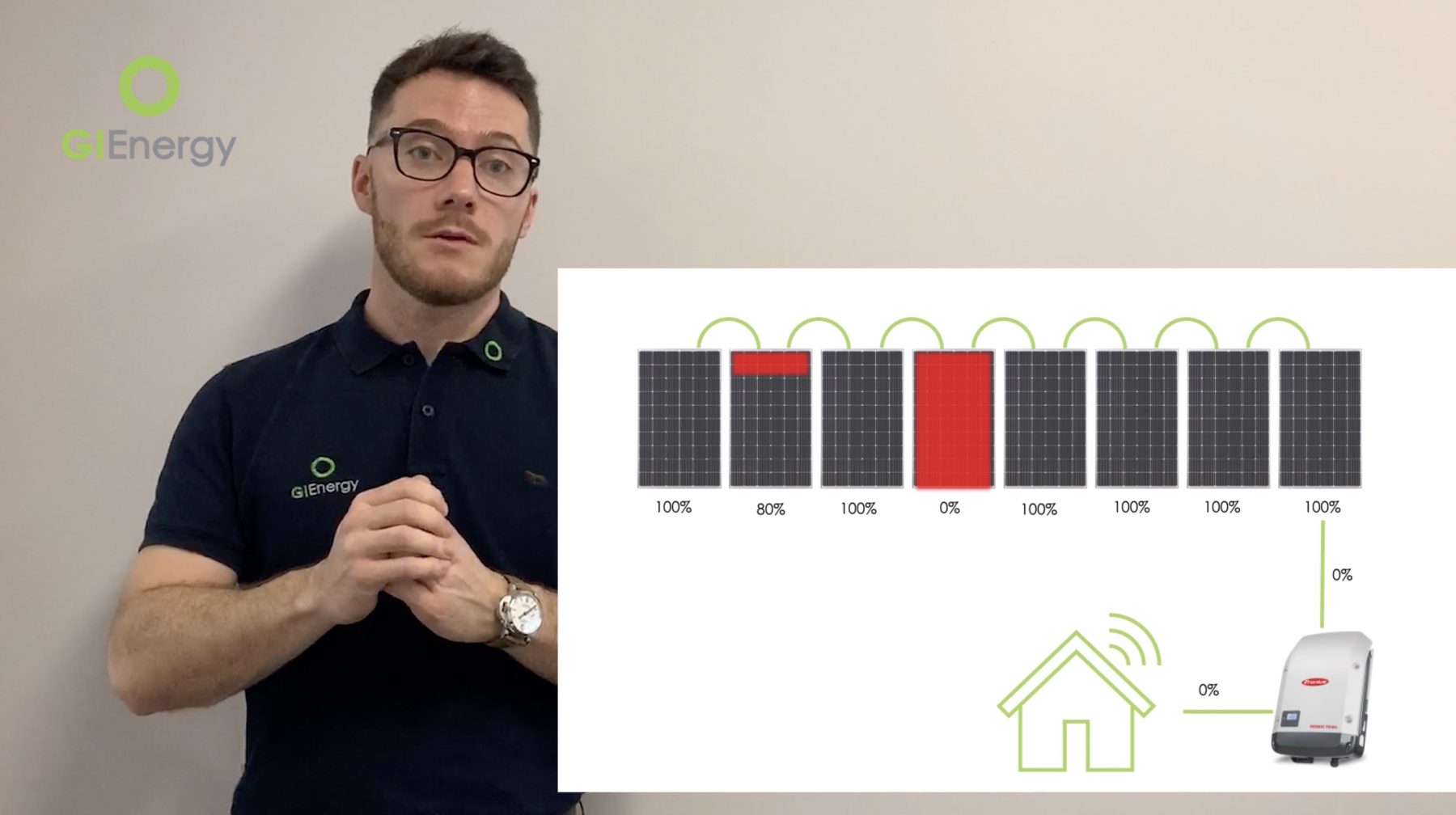 Wecome to our Enphase microinverter review: The pros and cons without going into too much technical detail.

Enphase is an American NASDAQ listed company that was founded in 2006. They sell microinverters across the world. And as of the end of 2020, they shipped over 30 million units in various countries. They continue to be the leader in microinverter technology amongst a few other select players. So, let’s have a look at some of their gear. 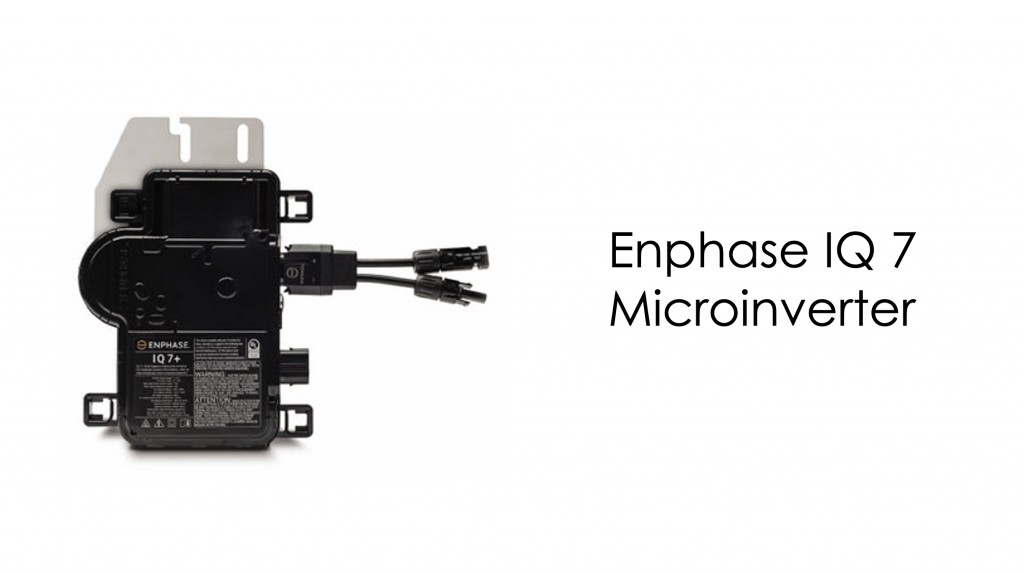 The image above is the IQ 7 plus micro inverter, which is part of their current range. They also make this in the IQ 7 A model that’s used for higher wattage or higher power 72 cell panels. The differences between a micro inverter and a string inverter are pretty straightforward. A string inverter sits on your wall, you have your panels installed on your roof, which run down into that string inverter, compared with a micro inverter, which sits underneath each panel. So the IQ 7 will sit underneath each panel, you’ll then also have an Enphase IQ cable that runs back to something that’s called the Enphase Envoy. The Envoy is installed close to your sub board or main switchboard in a separate distribution board just to keep everything neat. The Envoy is essentially the brain of the operation. 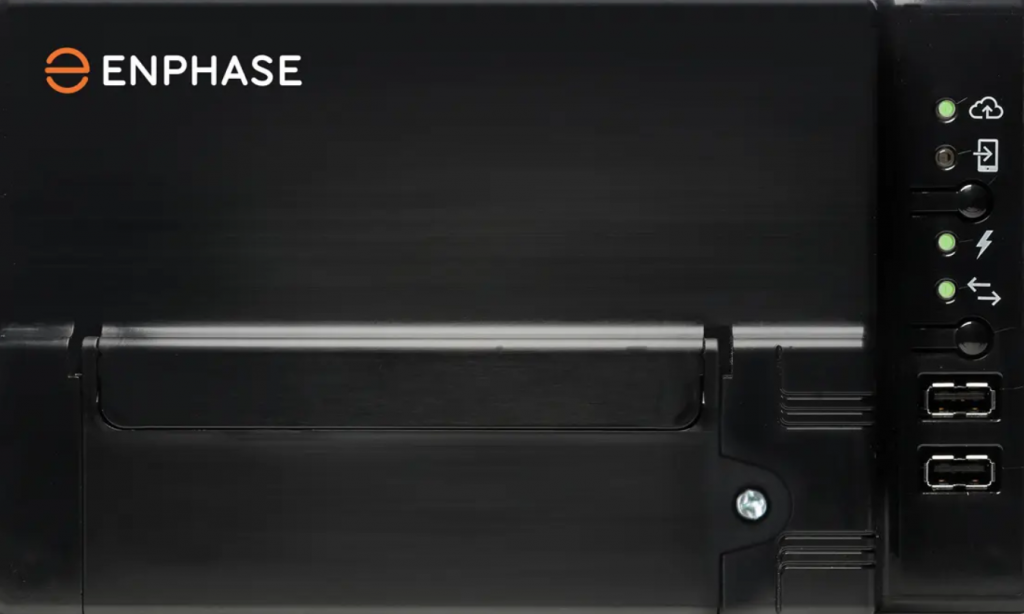 The image above shows the Enphase Envoy, which is a significant part of the Enphase microinverter review.

This then provides all of your monitoring. So you’ll have your production monitoring, consumption monitoring, export control (if needed), and controls everything throughout the whole solar system. In Australia, the Enphase head office is located in Melbourne. They’ve also got an office over in Christchurch, New Zealand. And they guarantee if you ever call them them directly, someone will answer the phone within 60 seconds. So, if you’re looking into this product, obviously one of the things that you want to have peace of mind about is the service and backup from the manufacturer. We have tested this theory in our office a few times and we are pleased to say our calls have always been answered within the 60 seconds guarantee 🙂

Example of a standard string inverter set up: 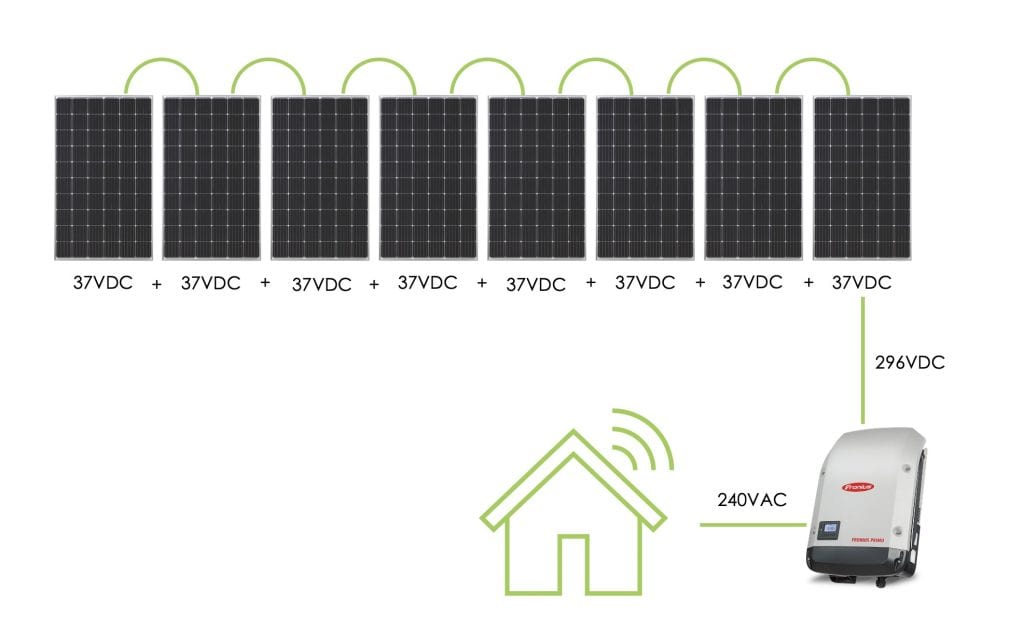 Example of a microinverter set up: 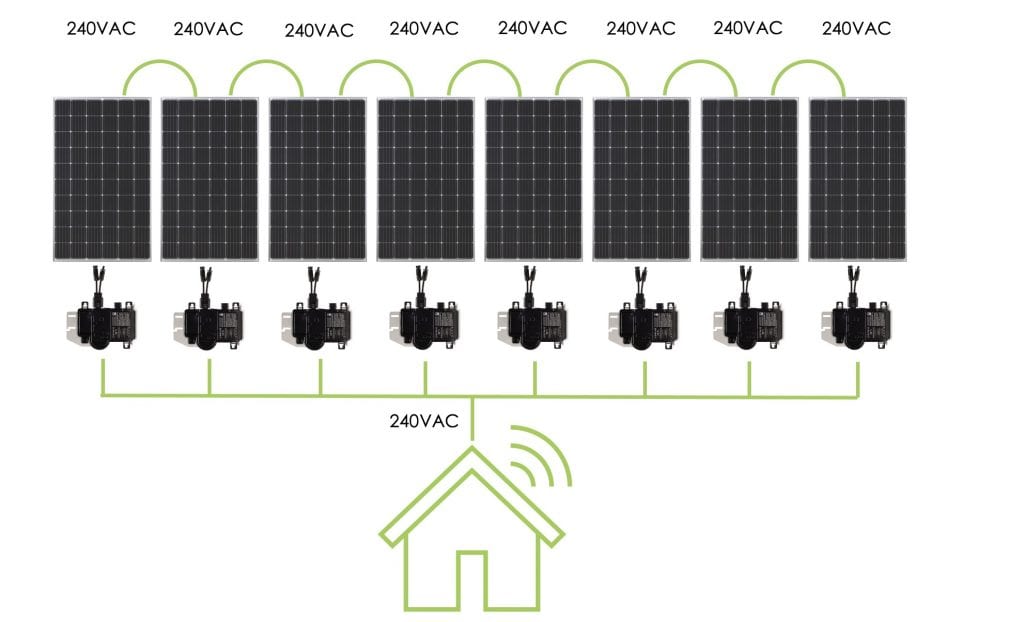 As I mentioned before, a lot of systems that are installed use the more traditional string inverter. The most common reason people explore a micro inverter is for a roof that has some shading or maybe some some different gables or angles, tricky roof design or very intricate roof design, maybe a smaller home like a townhouse or or terraced house where the roof space might be shared. The reason for this is because a string system you may have 10 – 13 panels installed in a string. If you’ve got a string inverter, it will be reduced to the power of the weakest panel. To explain, a lot of people will use the example of the old Christmas tree lights: if one of the Christmas lights goes out, the other Christmas lights that are running in that series will go out as well.

With microinverters, because each panel has got that microinverter underneath, they’ll all operate individually. This also means that the startup of the micros is a little bit earlier in the morning, and they’ll run through to a little bit later in the afternoon or evening in summer. Because each one is individual, there isn’t a minimum start at voltage for a certain number of panels, like there are with other inverters that are on the market.

Aside from shading with Enphase microinverters, which is obviously a clear feature, what else is attractive about the system?

Another huge advantage in this Enphase microinverter review is safety. Because the micro inverter sits underneath each panel, the conversion of power from DC to AC is done at panel level. So, rather than running the DC cable back to your inverter, everything’s done on the roof. So this means that running through the roof through the house is 230 / 240 volts rather than up to 600 volts potentially with a DC system. 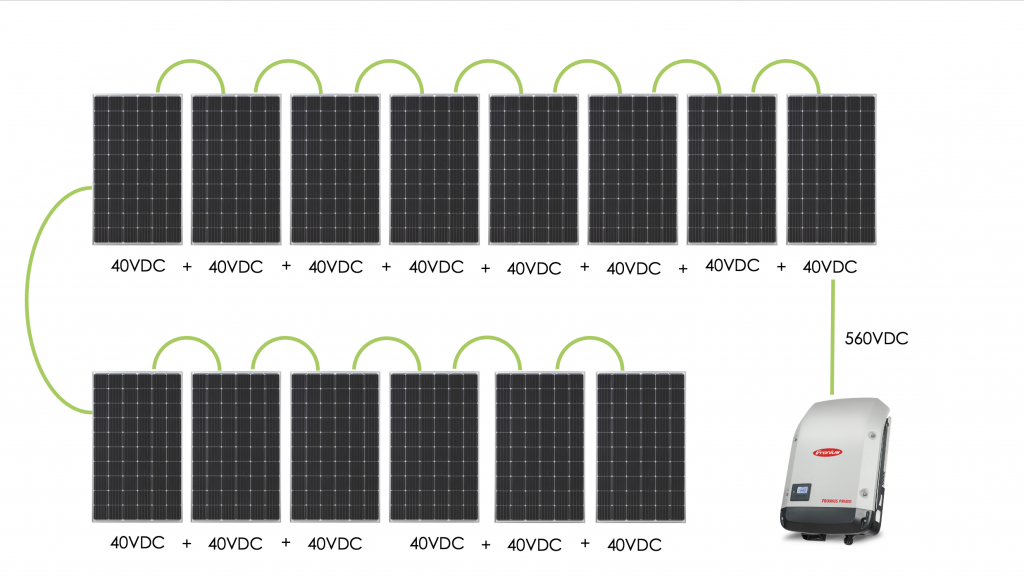 Now, professionally and safely installed solar system with a string inverter will have a really, really low chance of ever having an issue. However, over time, as the industry has matured a little bit, and we’ve seen some of the issues that have occurred over time, there’s been a little bit of a shift towards inquiries around the safety of the system, particularly with a lot of commercial installations like a childcare or a school, where safety is obviously paramount. 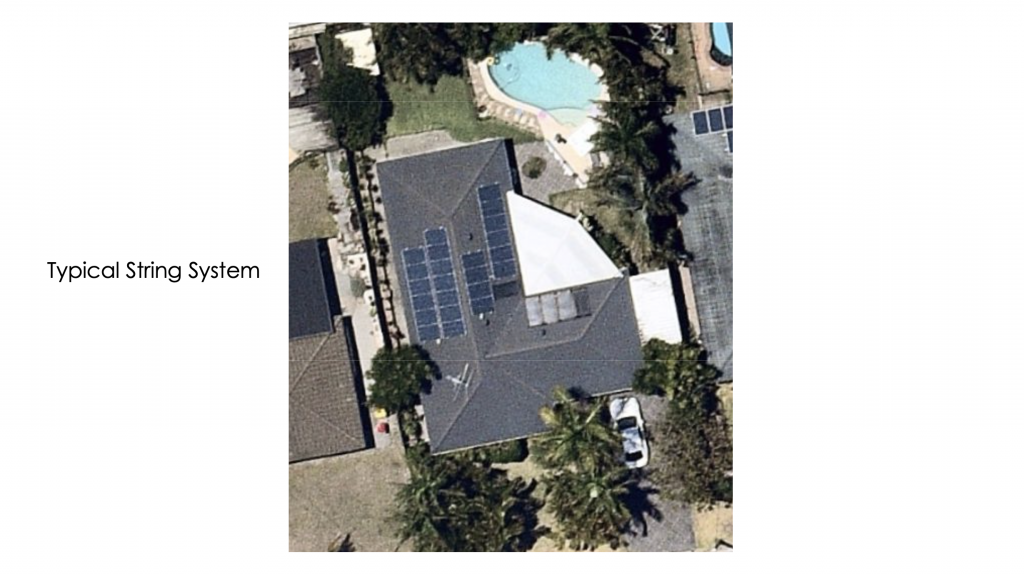 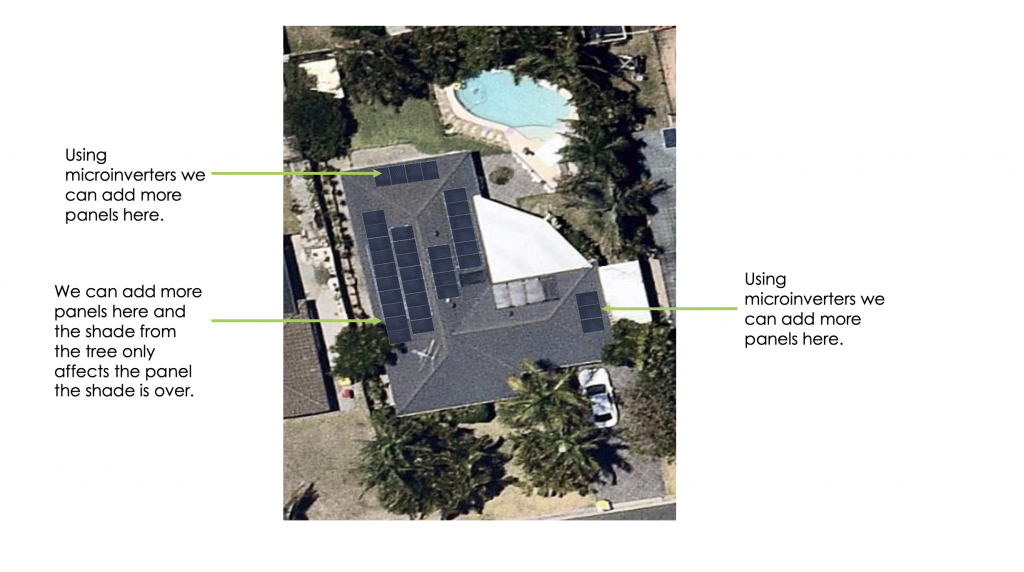 Another key benefit with Enphase microinverters is the reliability.

In our Enphase microinverter review, we’ve already touched on when a panel might be shaded, and how it would not effect the others in a string. But what about if a panel fails, or has a defect or an issue or something, not just shade at a certain time of day, but an actual failure? With a string inverter, that panel would then affect the others in the string but with a micro, if for any reason one of the panels fails, then the other 10 or so panels that would have been in that string all continue as if nothing’s happened to them. 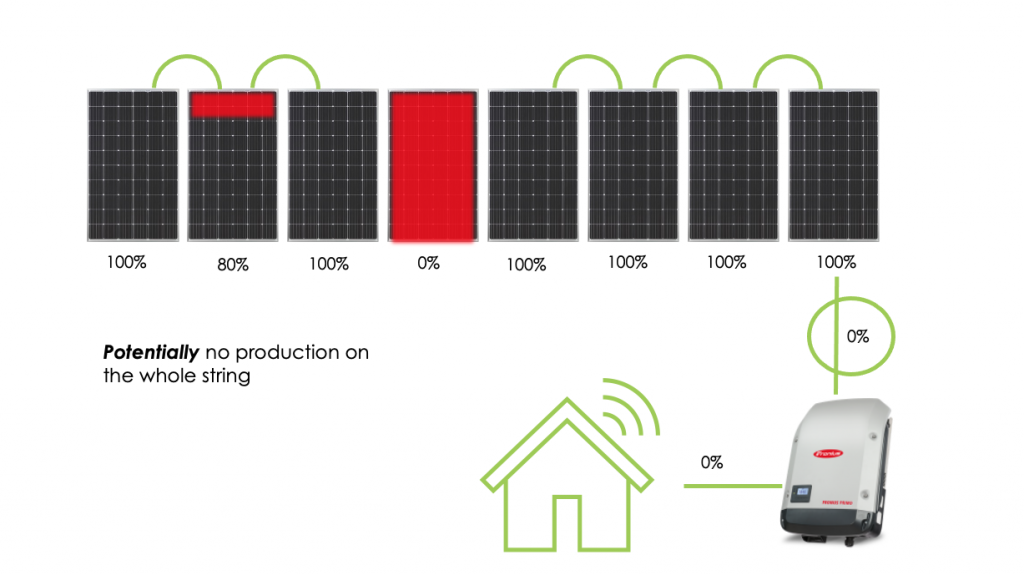 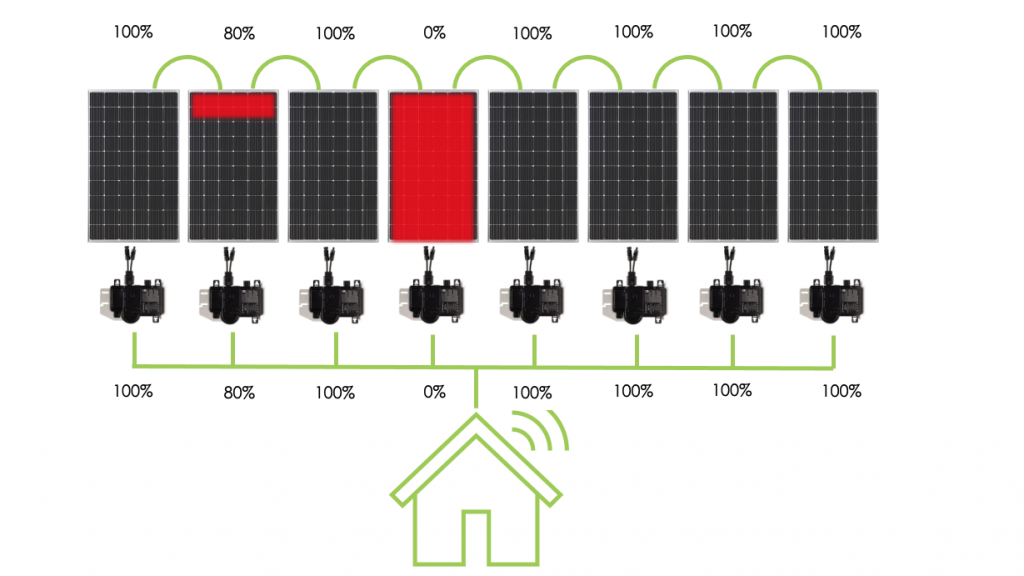 The other major benefit is that the monitoring is excellent. So when we’re looking at your system online, if there’s any shading, we can see it a panel by panel level. So, let’s have a look at some real life examples of some of our systems. 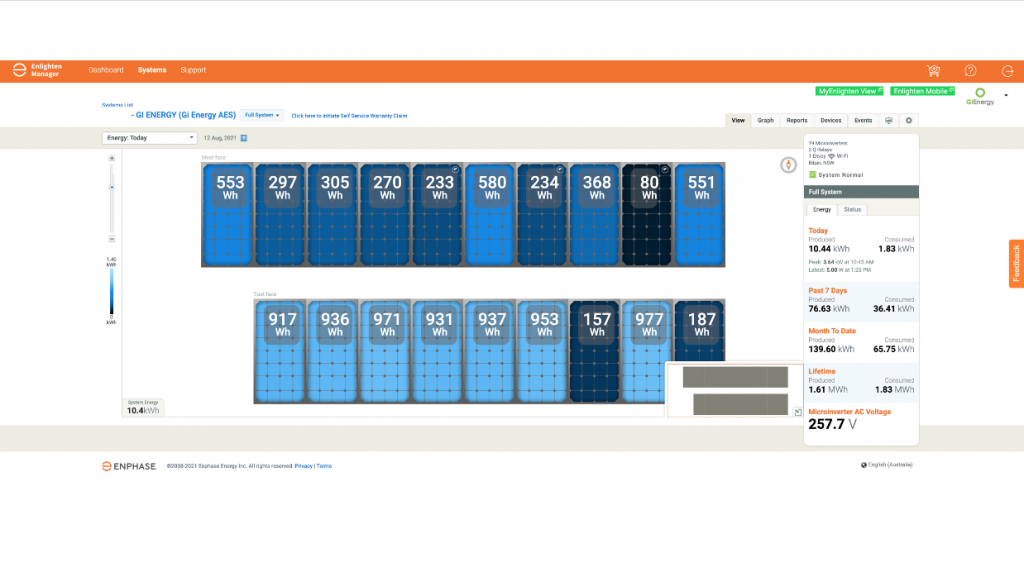 The image above shows a system that was installed in Western Sydney. There are 19 x 390 watt Hyundai panels that are installed, each with an Enphase IQ 7  inverter underneath. If we look at that the Eastern string of panels, the customer here has nine panels in a row. If we look at the difference between the wattage that’s been produced on an August day, the lowest wattage that’s been produced in one of the panels is 157 watts, the highest in that row is 977.

If we were using a string inverter here, all of the panels would have been brought down to that level of the weakest panel producing 157 watts. As a result of using Enphase, there’s two panels that produce less than 200 watts, and then the other seven of all produced more than 930. So without  Enphase micro inverters to this point in the day, this system would have produced around five and a half kilowatt hours less power. Pretty Significant! Especially as this screenshot was taken in the early afternoon of a winters day in Sydney.

Then if we look at the Western face, the weakest panel is sitting at 80 watts, and the best panel sitting at 580. So clear difference there of 500 watts between the best and worst, the other panels are sitting between 230 and 550 watts. So again, on the Western face, even to this point in the day, we’ll be looking at a reduction of about two and a half kilowatts, so throughout the whole system, about seven to eight kilowatt hours less production. And what we’re looking at here so far is only 10.44kWhs for the day. So, if we didn’t have Enphase, we have produced about two and a half kilowatt hours of power, which is pretty ordinary, even on a winter’s day.

The other example that we’re looking at here is a system in Brisbane on the Northside. 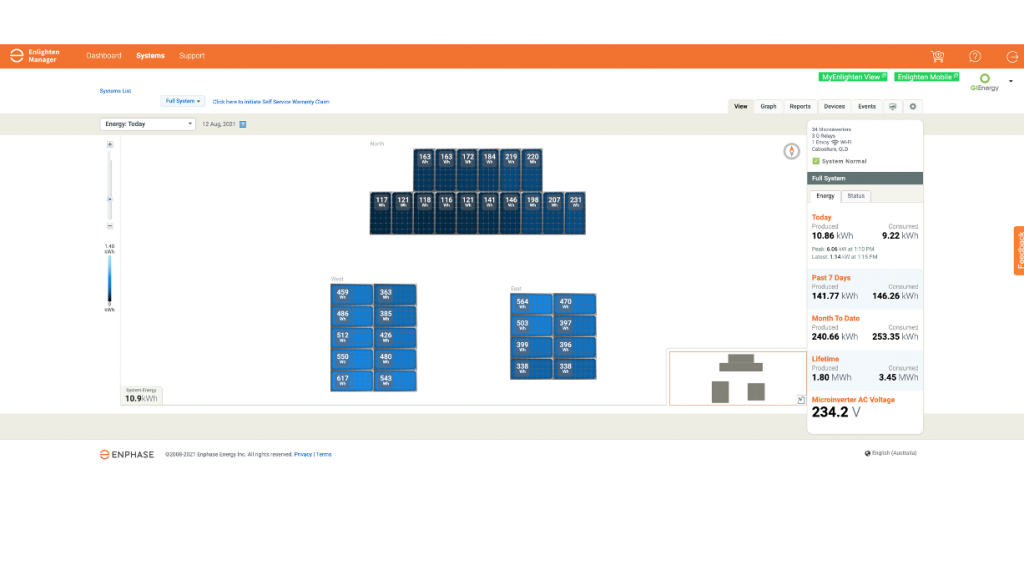 This clients came to us early this year, looking for a solution because he had some trees to the north of his home, that he plans to trim over time, but took a real interest in how the system actually is affected by those trees. You can see that we have 16 panels that are facing north. And anyone that knows what they’re doing in the solar industry in Australia will obviously tell you that a North facing panel will produce more power on average per day than an east or west facing panel (if there is no shade). The best performing panel on the north face is produced 230 watt hours for the day. The week is panel 116. So not too much of a difference in this example here between the panels on the Northern face. 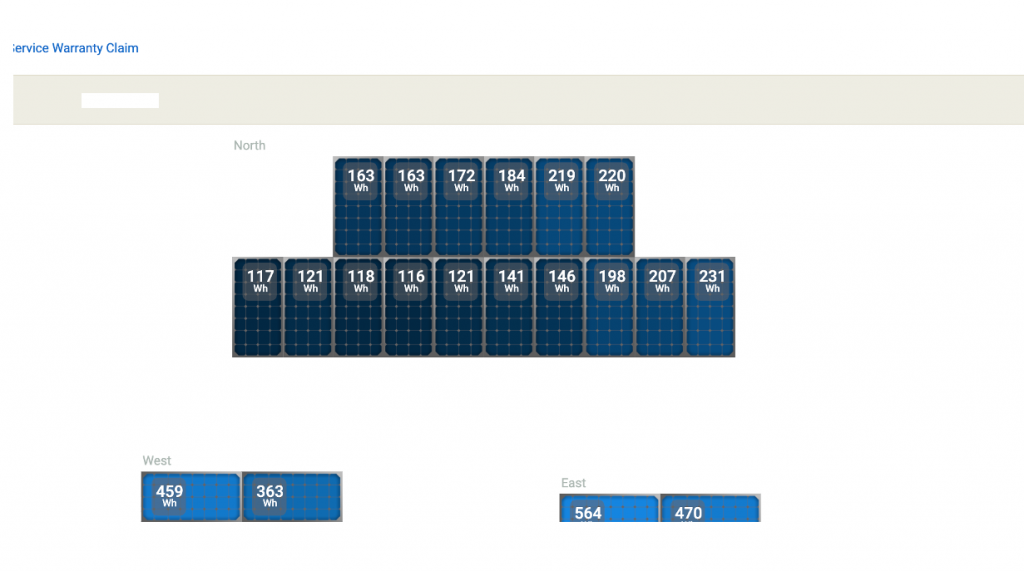 However, when we compare it to the East face and the West face, the best panel is facing East has produced 564 watt hours for the day and the West was 617 watts. 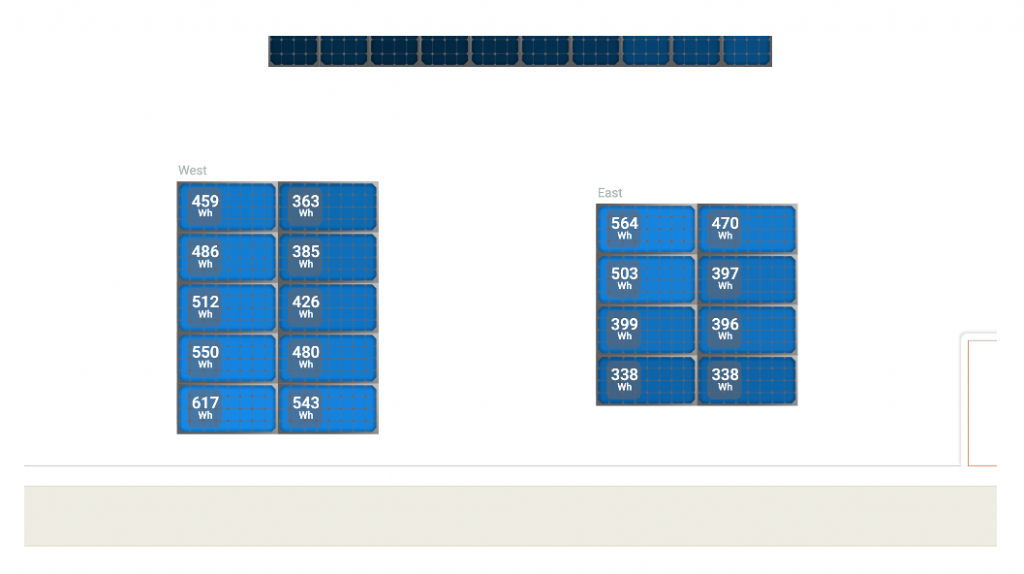 If this was a house without any shade, in August, in Southeast Queensland, you’d expect the East or West face to produce roughly about 15, maybe 16 – 17% less power than the North facing panel. But because of that shade, this presence, the east and the west face, are actually more productive. And they’re given the customer more power that they can obviously consumer that time of day. So we’re going to continue to monitor this system with this client, where we can actually check back in after they get some of the trees trimmed, or potentially even removed. And then obviously, enjoy the benefit of the additional production from there. 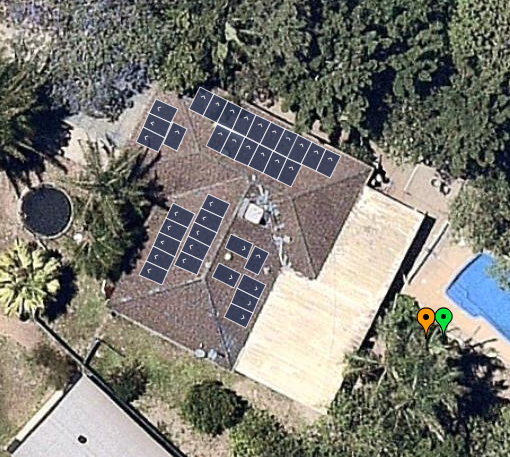 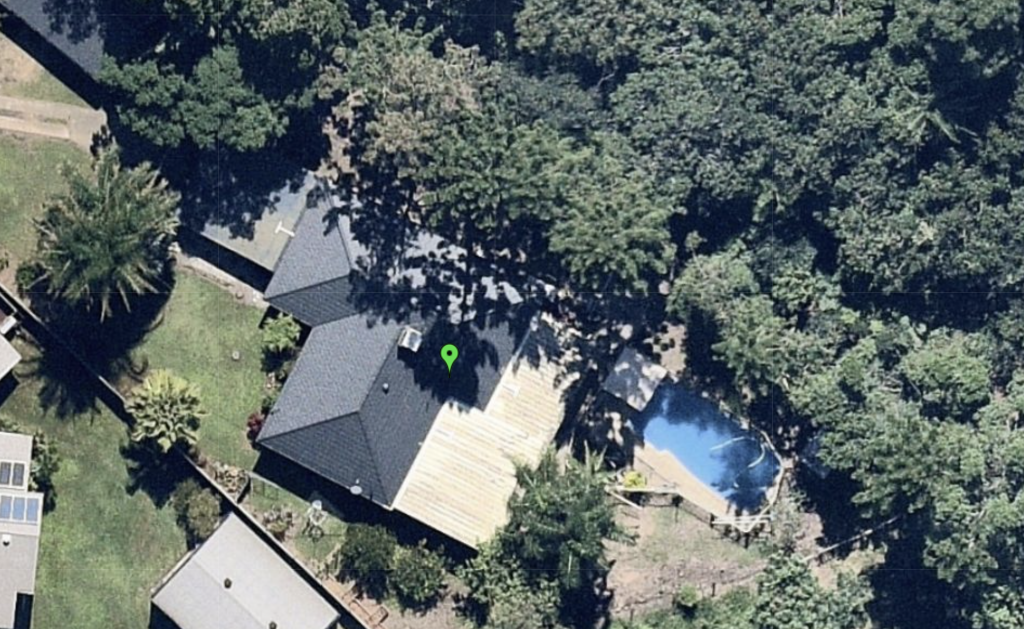 The two images above show the house from the monitoring above.

It would not be a complete Enphase microinverter review if we did not talk about warranties. Enphase micro inverters installed in Australia come with a 10 year warranty. However, in America, where their headquarters are, they receive a full 25-year warranty. This is for the same micro that is shipped here. They all come from the same factory, but we only get a 10 year warranty. As we’re an Enphase Gold Installer, we can potentially increase that warranty up to 25 years, roughly for about $33 per micro. And, then if it’s paired with an LG panel or Q Cell panel, your system then has a full 25-year warranty on the panels on the inverter, which is pretty amazing really.

Enphase have also done over a million hours of testing on their micros: they submerged in the water for more than 30 minutes, It’s IP67 rated, it’s fully enclosed, so no water, no salt can get into that inverter, if you’re installing it in a marine environment. It really has been put through every test that’s out there.

So I guess what you’re probably asking is, there must be a downside.

The downside really is you pay a little bit more for them. So in terms of an Enphase, compared to quality String for like Fronius, or an SMA, you’re roughly paying about another 25 to 30% for Enphase so it’s not the most cost effective solution on the market. However, with the benefits that we’ve run through in terms of the reliability, the safety, the flexibility, obviously the shade handling, if you have a situation like that, it may actually result in a better return on investment because of the increased performance.

If you have enjoyed our Enphase microinverter review, here are some other helpful links: