Phono Solar (officially Phono Solar Technology Co. Ltd.) is part of the SUMEC Group Corporation, a member of the China National Machinery Industry Corporation (SINOMACH). Now, this may mean nothing to you; after all, none of these are big household names in Australia. Before I got involved in the solar industry I hadn’t heard of them either! However, don’t hold their lack of marketing against them.

SINOMACH is a Chinese engineering conglomerate, designing and manufacturing goods in a wide range of industries, including transport, aerospace, mining, energy, agriculture, textiles and more. It is a Global Fortune 500 company, meaning it is one of the world’s largest companies; it has revenues of about US$40bn and employs over 100,000 people.

SUMEC was founded in 1978, and is primarily involved in energy equipment, power tools, and textiles. It has been in the solar space since 2004; Phono was founded four years later, in 2008. SUMEC is number 5 on Forbes Global 2000: Growth Champions 2018.

Phono produce a range of energy products, although their primary focus is PV panels. The two primary categories of panels are the Hyperion and the Twin Plus panels, although they’re also developing dual-glass modules, AC modules, and even smart modules. Their panels range from 265W to 400W; from 16.29% to 19.9%;monocrystalline and polycrystalline.

The company is vertically integrated, producing all their components in a fully automated production environment.

Why are they good?

I’m going to take a different approach than many other reviews (and sales copy) and not start by talking about the numbers. Sure, it’s great having a panel that makes 20W more than your neighbour, at 2% higher efficiency, but when it comes to buying an investment, an asset, like solar power, what’s more important is quality. There’s no point buying a fast car if it breaks down every 10km and needs a new engine after a year. 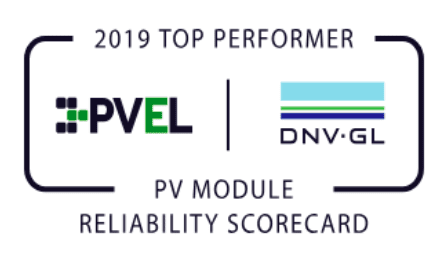 Not just any panel can be sold in Australia. To ensure a panel is safe and reliable, it must meet minimum standards as advised by the IEC (International Electrotechnical Commission). Relatedly, they must be on the Clean Energy Council’s (CEC) list of approved panels.

However, meeting the minimum requirements and blowing them out of the water are two very different things.

Of course, in real life you’d need to test a panel over 25 years to see if it lasts 25 years. And, by then, the panels would have been replaced by newer, better panels anyway! So, to overcome this hurdle, extreme tests are developed, that push panels to their limits (and beyond).

Det Norske Veritas – Germanischer Lloyd (DNV-GL) are an international certification and classification group, based in Norway, founded way back in 1864. In 2016, DNV-GL did a comprehensive report on the solar panels on the market, to see how reliable they really are. They developed the tests, and panel manufacturers were invited to provide panels for testing (hence why not every panel by every manufacturer was tested).

If you would like to see the full report, you can click here. For now, I’ll only go over Phono’s results. And, after seeing these, you won’t care about how the other panels did. Note the report doesn’t put panels in specific order, but groups them by “Top Performers”, “Great”, and then the others.

To simulate heating and cooling, panels were cycled between -40°C and 85°C, with a current being applied at 25°C (to simulate solar generation). This is vital for places with varying climates, with hot days and cold nights, or a large variation in summer and winter temperatures. The IEC standards require a solar panel to past 200 cycles; DNV-GL did 800. Phono and Kyocera (a Japanese panel unavailable in Australia since 2015) were Top Performers, with degradation of less than 1.5%. For reference, the median was 4.68%, and the worst was 34.59%.

This is about wind and snow – of which wind is more noteworthy in Australia. As wind blows, badly-made panels can bend and warp, which, over time, can crack glass and break electrical joins. Of course, this is of primary importance if you live in a windy area, such as Newcastle. Once again Phono was a Top Performer, with less than 0.5% degradation. Median was 1.55%, worst was 7.28%.

Although panels are waterproof, moisture can be absorbed by different areas of the module. As water freezes, it expands. If you live in an area with high humidity and freezing temperatures, this cycling of freeze-thaw can damage the panels. For this test, panels are exposed to temperatures of 85°C and 85% humidity for 20 hours, followed by freezing to -40°C and keeping it there for up to four hours. The IEC does this cycle 10 times; DNV-GL did 30. This is the first test where Phono is ‘only’ Great, not a Top Performer. The best was 0.13%, median was 2.30%, and worst 4.10%; Phono was in the 1-2% range.

The final one! PID, or Potentially Induced Degradation, is when power, instead of going from the solar cell to the wiring to the inverter, “leaks” into other parts of the panel (e.g. frame, glass). This is exacerbated by high temperatures and high humidity; the tests are done at 85°C and 85% humidity like previous ones. This time, -1000V is applied for 100 hours, to simulate the leaking currents. Phono was back in the Top Performers, with less than 0.5% degradation; the median was 2.69%, and the worst was 58.27%.

As you can see from these results, Phono were Top in three of the five tests, and excellent at the other two. Some panels… were not. I hope you don’t end up with one of the -58%ers.

DNV-GL have done subsequent reports, in 2017 and 2018. I have focused on the 2016 report because it gives the most detail, and it seems the most stringent (in 2016 only 7 manufacturers were awarded Top Performer status; in 2018 there were 22!) Phono were not tested in 2017, and in 2018 Phono again achieved overall Top Performer status (although, in the interest of transparency, they were less successful in individual tests than in 2016).

OK, so DNV-GL say that Phono makes some of the best solar panels on the market. Woo-hoo! But, hey, maybe you’re unlucky. Although every company has rigorous quality assurance in place, some sub-par panels may slip through the gaps. And that’s where warranties come in.

Phono are so confident in their panels that, in 2019, they increased their warranty from 12 to 15 years. That means a panel on your roof for at least 15 years. They also offer a 25-year performance warranty, stating that their panels will still perform to 80.68% of their as-new levels after a quarter of a century (that’s the approximate amount of time a roof itself will last).

Now, when it comes to warranties (for anything, not just solar panels), it’s important to consider the company offering the warranty. A company may offer a 20-year warranty, but if they’ve only been in existence for 2 years, what’s to say they’ll still be here in 15 years to help you when you have an issue? This, sadly, is common-place in the solar industry, both for panel manufacturers to cowboy installers. Goodbye warranty. 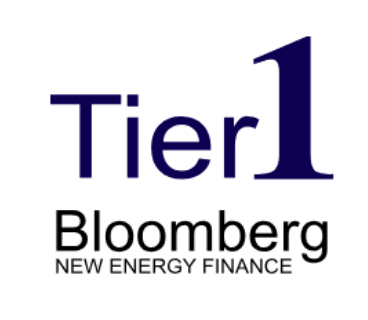 One thing to look at is Bloomberg’s New Energy Finance (BNEF) ratings. This is roughly a measure of how financially safe the company is, calculated by looking at their financial past, debt structure, manufacturing capability, and large projects using their panels. That said, this is only one measure, and is heavily influenced by how popular the panels for large projects; it doesn’t relate to panel quality, and isn’t, by itself, the way to measure the safety of your manufacturer’s warranty offering.

That said, Phono is a BNEF Tier 1 panel – the top rating. Furthermore, as explained at the beginning of this article, SUMEC (Phono’s parent company) has been around for 40 years, and even now are one of the world’s fastest-growing companies. Their parent, SINOMACH, is one of the biggest companies in the world. In other words, you’re safe with Phono’s warranty.

One final thing to note is that, unlike many solar PV manufacturers, Phono does have an Australia presence; they have an office and phone number in Sydney, so can be easily contacted if needs be.

Unlike some manufacturers who pump out vast volumes of cheap, basic panels, Phono also have the skills to incorporate the height of solar technology into their top-of-the-range panels. For example, their monocrystalline Twin Plus modules produce up to 400W, using a combination of PERC (Passivated Emitter and Rear Cell) and half-cut cell technologies, with an efficiency of 19.9%. The former technology involves adding extra materials to let electrons flow easier and cause the panel to absorb more photons, increasing power output/efficiency. The latter technology is as simple as it sounds – cutting one square cell into two rectangular ones – and has the advantage of performing better in shaded conditions and reducing resistance (and hence increasing lifespan and power). And while 19.9% isn’t the most efficient on the market, it definitely gets the job done. For reference, some panels go up to 21 or 22% – but then you pay a lot for those extra couple percent!

There are other things to look at when considering a panel, especially regarding temperature. There is a catch-22 when it comes to solar panels; it is sunlight that causes the excitation of electrons and generation of power, yet sunlight also causes heating, making the panel less efficient. In other words, stronger sunlight causes more power but less efficiency. All panels measurements and figures are based on STC (standard test conditions), part of which is a cell temperature of 25°C. If you decided to climb on your roof and touch the panel yourself (which we do not condone), you’d find out it’s a lot higher than 25°C!

There are a couple key figures to look at when considering how a panel reacts in different temperatures. Most obvious is the temperature coefficient – how much power drops for every degree of temperature increase. The lower the better. The Phono Twin Plus has an excellent -0.368%/°C, meaning for every degree Celsius above STC (25°C), the output drops by less than 0.4%. Another is the Nominal Cell Operating Temperature, which is the cell temperature in nominal operating conditions, another set of standardized conditions – in this case, 800W/m2 of irradiance, an air temperature of 20°C, a wind speed of 1m/s. This is closer to real-world conditions. Again, the lower (cooler) the better. The Phono Twin Plus has a NOCT of 43+-2°C – another excellent figure.

Phono is one of the less-known solar panel manufacturers, but that doesn’t mean they’re an inferior one. Owned by a hugely successful company, a warranty matching the best of them, a Top Performer in DNV-GL’s brutal test, and very affordable – it’s unlikely you’d be disappointed if you picked Phono for your system.