Do solar panels work better in summer, when it’s hot?

Do solar panels work better in summer, when it’s hot?

Solar panels degrade in the heat, so on very hot days they will be less effective. However, in summer months we have longer days which means more sunlight. For this reason, your solar production will be higher in summer.

In addition to this, there are also other factors to consider such as orientation and tilt angle.

Let’s take a closer look at this by checking some live data from a solar array installed in Brisbane, QLD. The roof image and chart below shows real-life data collected from our General Managers solar install. This system is a 6.555kW array using 23 x 285w Q Cell Solar panels and a Fronius Primo 5 inverter. 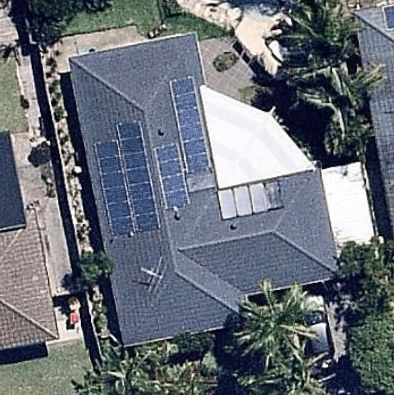 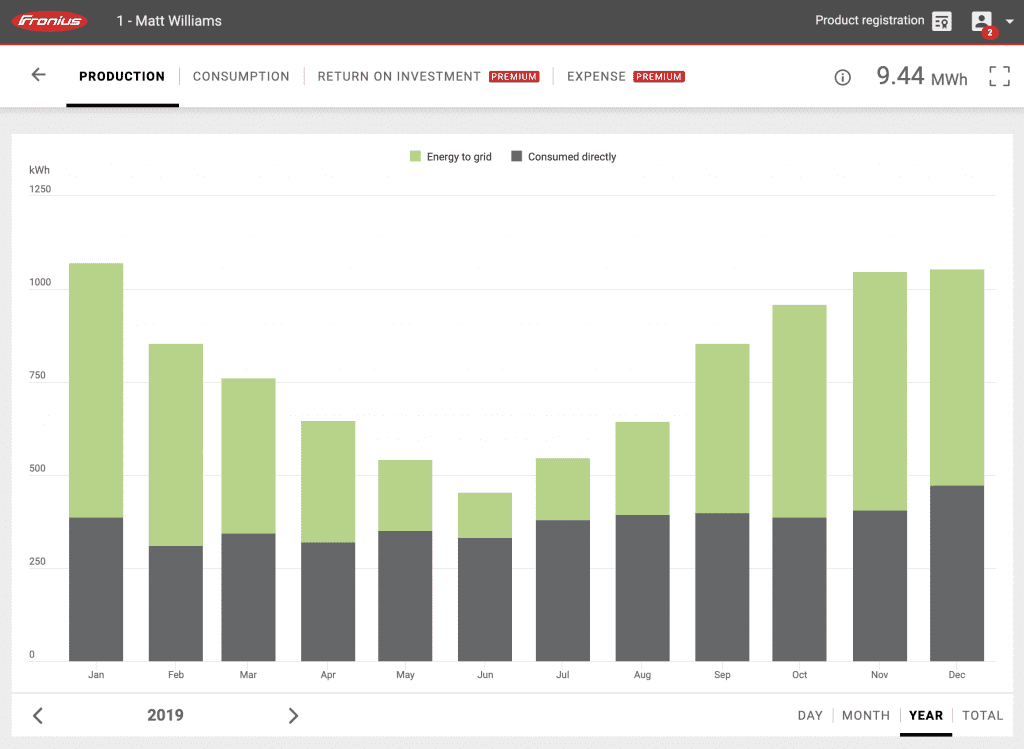 The data below is from a 6.51kW installation in Brisbane with 21 x 310w Q Cell panels. All 21 panels are installed North at the same angle as the East – West example above (25 degrees). You can see the solar production is more evenly spread out. 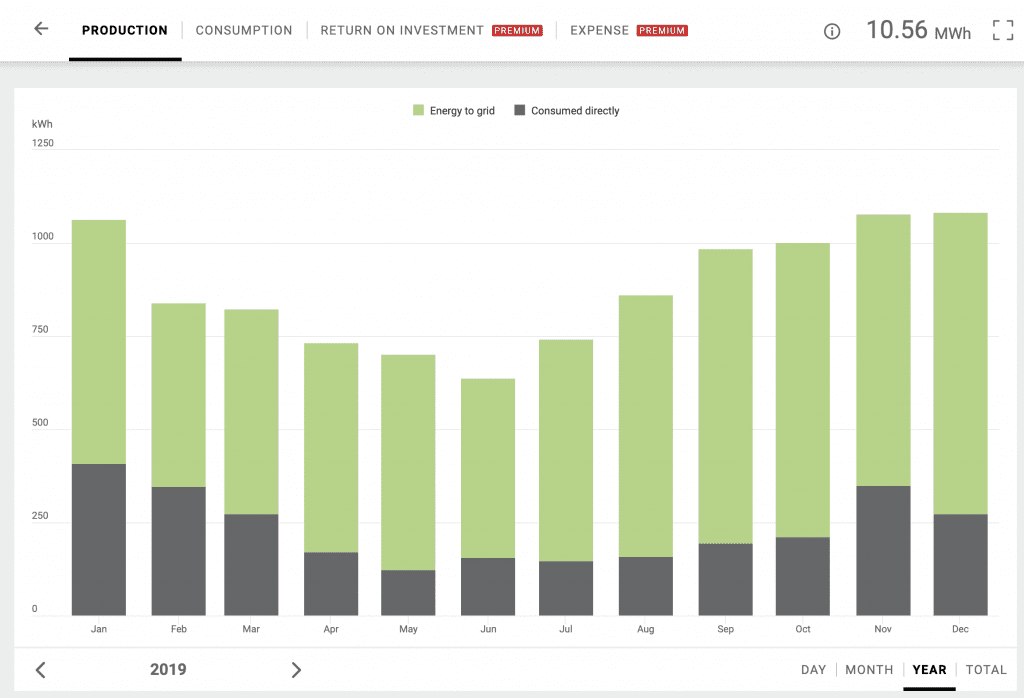 The lowest month is still June with 638.99 kWhs, and the highest is still January with 1063.73 kWhs. The difference here is that the increase in summer compared to winter is a bit less than 70%. Compare that to the East – West array above which was 135% increase and you can see there is quite a big difference.

So, both of these systems produce way more energy in summer, and the East – West array suffers more in the winter. As mentioned above, this is partly due to the Eastern array facing slightly South.

Solar will almost always produce more energy during summer months due to the longer days. As pointed out above some arrays will suffer more with winter losses than others, and the orientation and angle will both contribute to this.

To get the best year-round performance from your solar array you would have the panels installed true North, at 27 degrees. This can vary slightly depending on your exact location, but as a general rule for Australia, this is the optimum.

Highest solar production is not always the goal.

So, if you are at home until 8.30am, then go off to work and get back at 5pm, an East-West array may be more suitable for you. This would mean you would have energy from your Eastern array for when you use the kettle, toaster and hot water in the morning before work, and then have some energy from the Western array when you back from work and turn the TV and air con on. 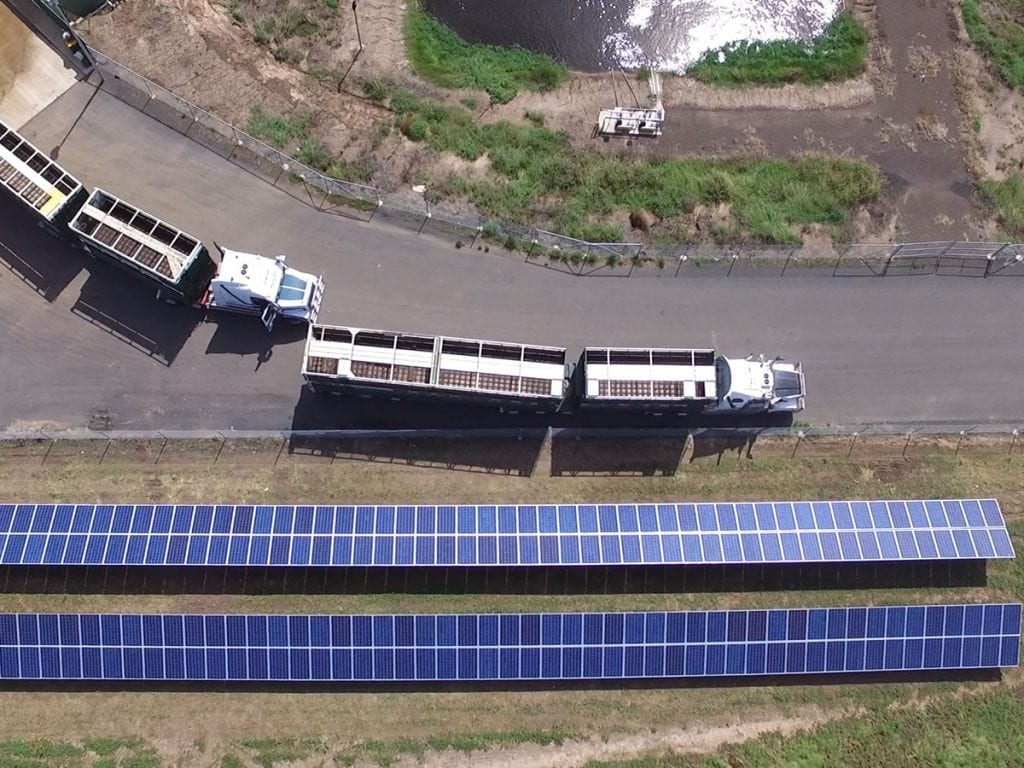 The image above shows a 63kW array with Phono Solar Panels and a 50kW ABB (Fimer) inverter we installed for the Western Downs Council. The load at the site was spread throughout the day, peaked at approx. 40kW and there was no feed in tariff available for excess energy produced. If we had installed the array facing north, we would have concentrated the energy into a smaller window of time, and there would have been quite a lot of wasted energy. This East-West array may produce a bit less energy across the year, but it is spread out more and therefore the site gets to use more of the solar energy. Installing an East – West array for this site improved the ROI by 8.5% when compared to a Northern array.

Summer is always best for solar production. This is due to more sunlight hours though – not heat as solar panels degrade in the heat.

The amount of solar energy produced in the winter vs. summer will depend on the orientation and tile angle of the panels and you should consider your load profile before deciding where to put panels. Our team here can help you with this decision 🙂 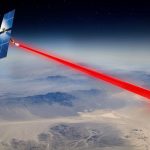 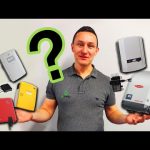 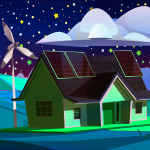